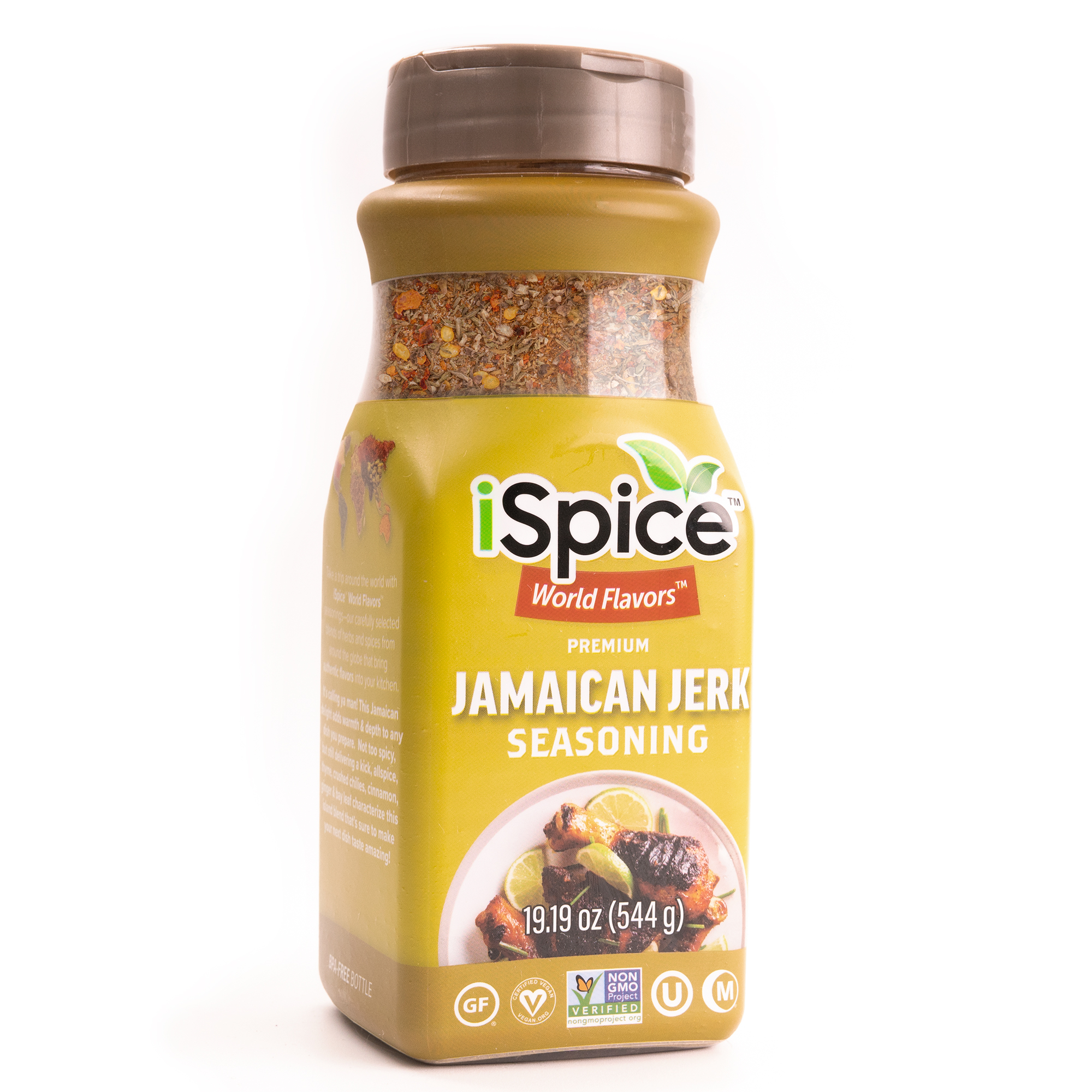 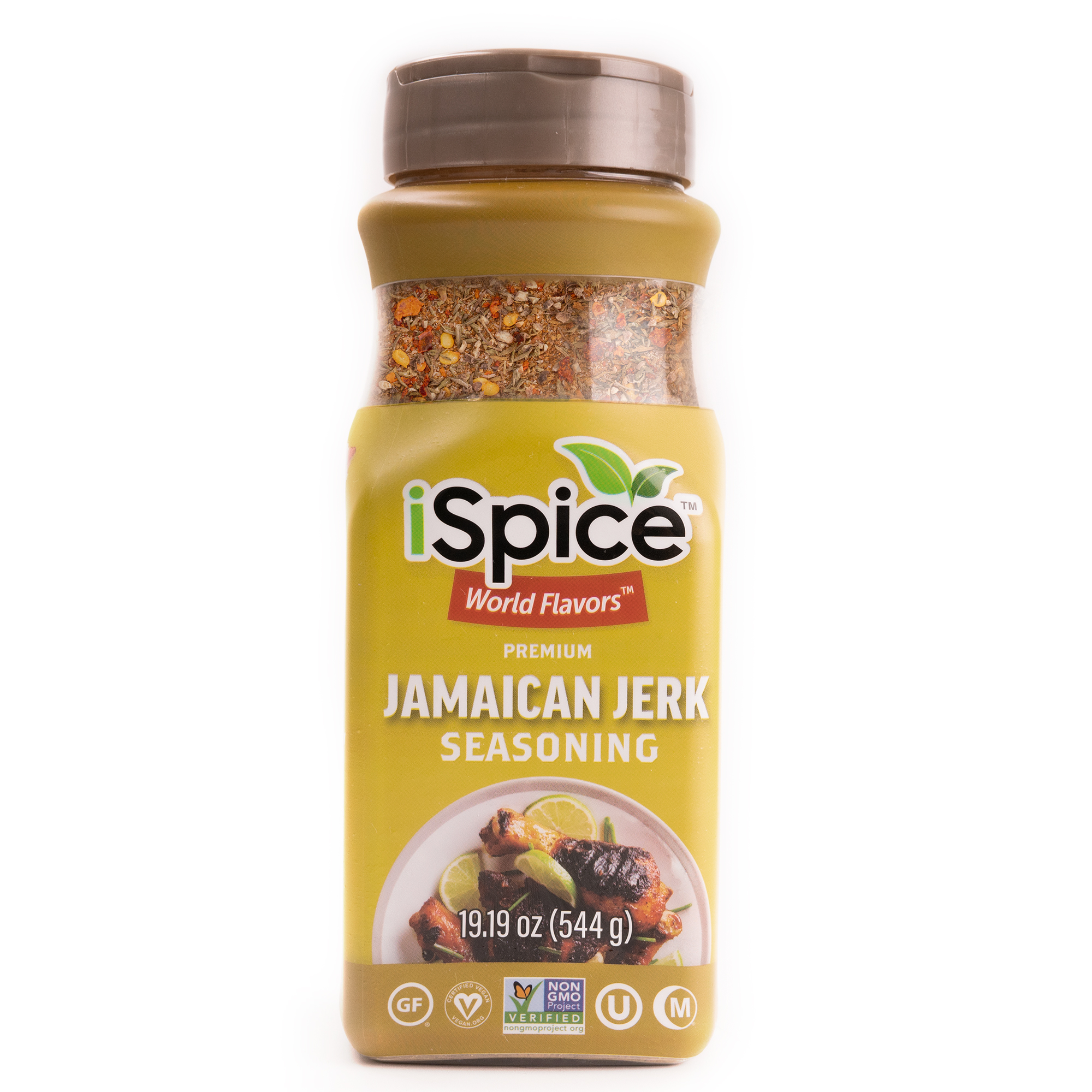 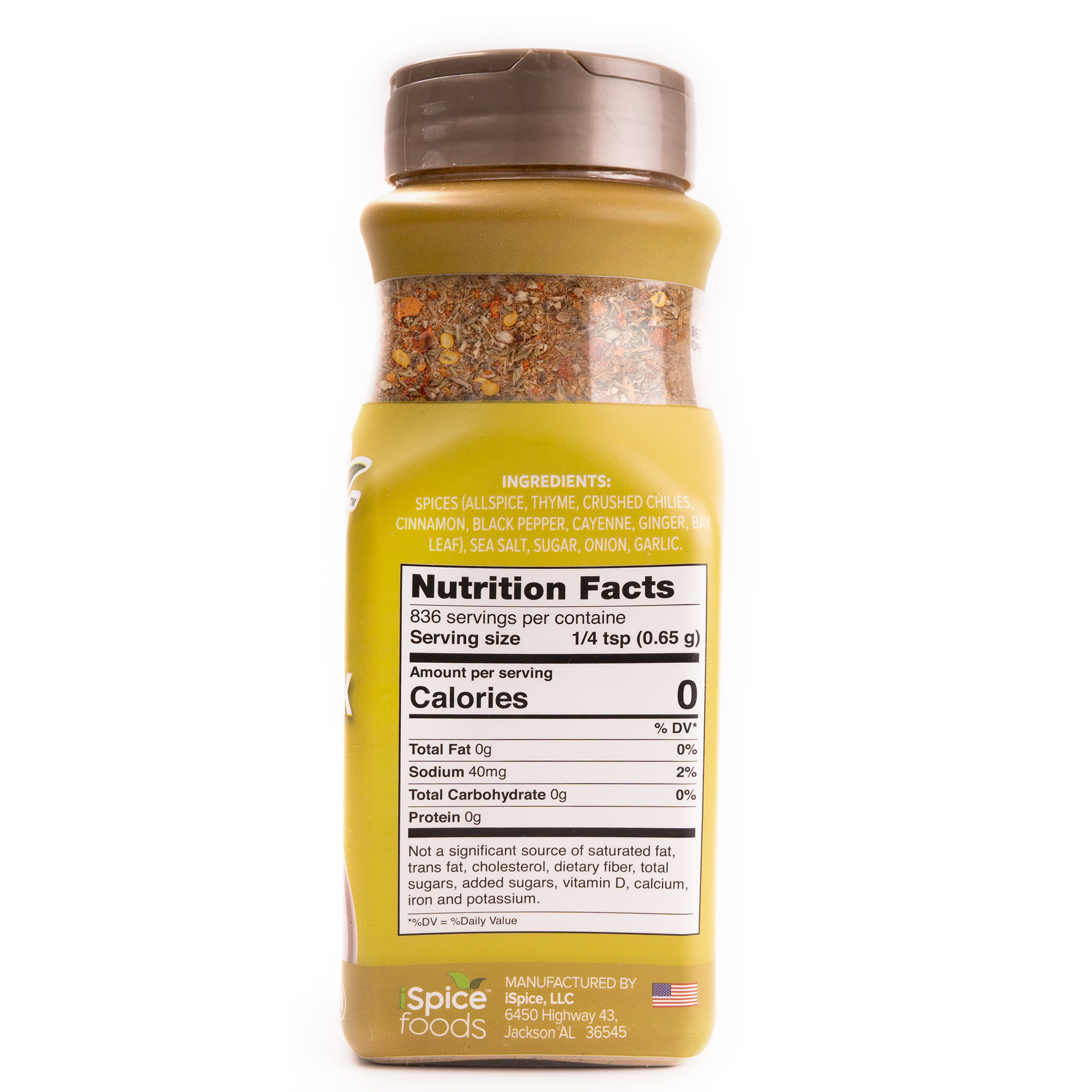 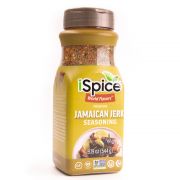 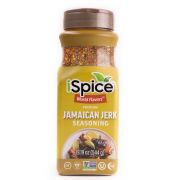 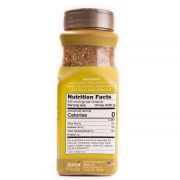 Irie, Mon! Chill out and cook up, Inspired by Island flavors, passion and heat, the SPICE of your LIFE awaits you. Warm notes of allspice, ginger and cinnamon team up with peppery HEAT DONE RIGHT. Chicken, pork, plant-based protein and veggies take on Foodie-Approved FLAVOR. No Voodoo, just SEASONING MAGIC!

It’s calling ya man!  Known for their use of “warming” spices in many of their dishes, this Jamaican delight adds warmth & depth to any dish you prepare.  Not too spicy, but still delivering a kick, allspice, thyme, crushed chilies, cinnamon, ginger & bay leaf characterizing this island blend that’s sure to make your next dish taste amazing!

Jamaican cuisine includes a mixture of cooking techniques, flavours and spices influenced by Amerindian, African, Irish, English, French, Portuguese, Spanish, Indian, Chinese and Middle Eastern people who have inhabited the island. It is also influenced by the crops introduced into the island from tropical Southeast Asia, many of which are now grown locally. A wide variety of seafood, tropical fruits and meats are available.

Jamaican cuisine has spread with emigrants, especially during the 20th century, from the island to other nations as Jamaicans have sought economic opportunities in other countries.

Some Jamaican dishes are variations on cuisines brought to the island from elsewhere. These are often modified to incorporate local produce and spices. Others are novel or fusion and have developed locally. Popular Jamaican dishes include curry goat, fried dumplings, ackee and saltfish. Jamaican patties along with various pastries, breads and beverages are also popular.